Gimson went into partnership with, and employed a wide range of craftsmen. From trainees to very experienced blacksmiths, cabinet makers and woodworkers. 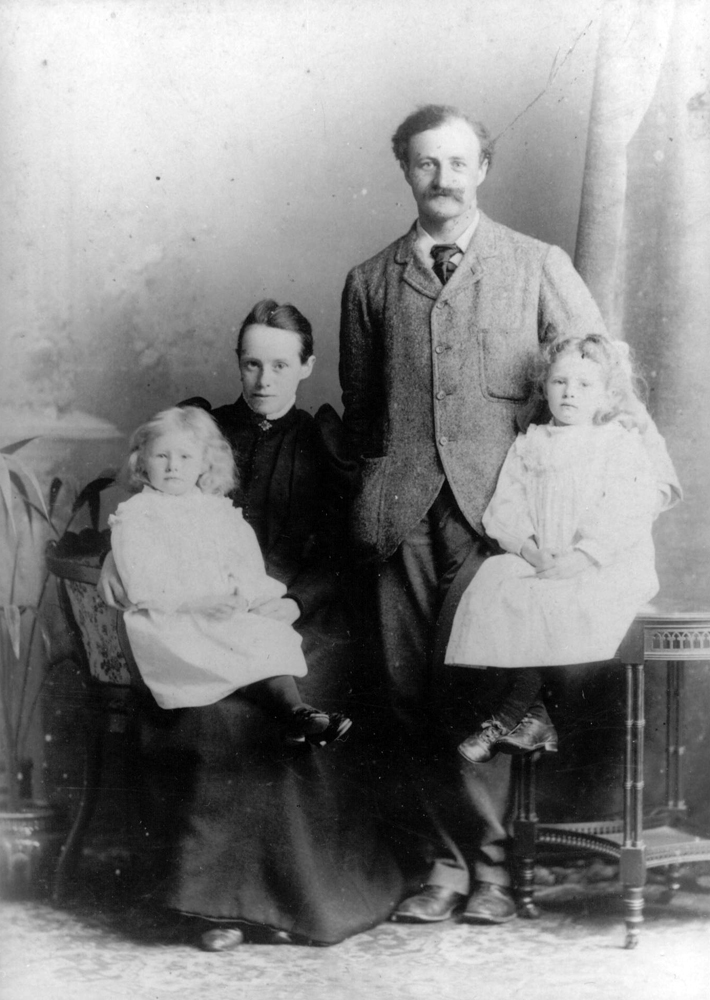 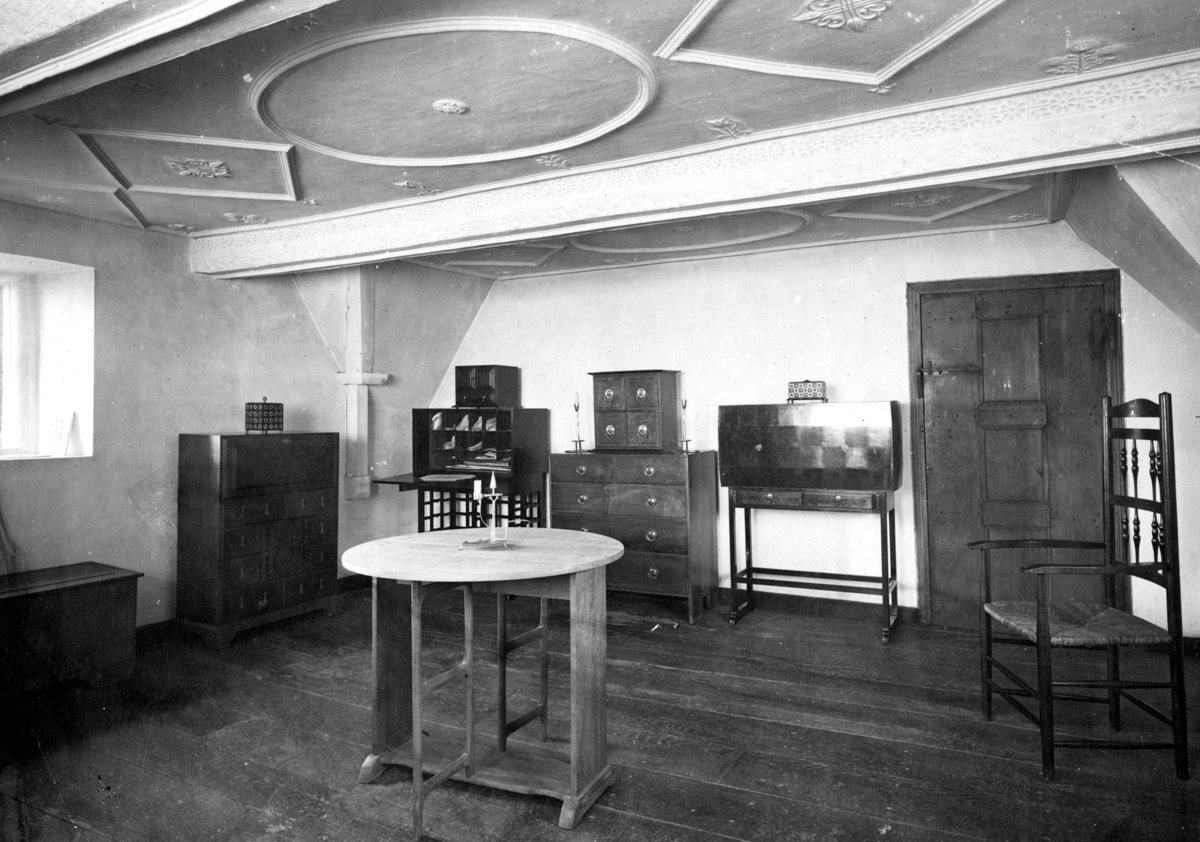 The Partnership Between Ernest Gimson and Ernest Barnsley

Sidney Barnsley’s furniture, designed and made by him in the shared Pinbury workshop, attracted considerable attention following the 1896 Arts and Crafts Exhibition in London. Gimson and Ernest Barnsley wanted to develop their own designs and went into formal partnership in 1900. They decided to employ trained cabinet makers – probably because they didn't have the stamina or inclination to spend days at the bench making their own designs – and to open an additional workshop in Cirencester producing furniture to their designs. They moved the workshop closer to home in 1902 to the outbuildings at Daneway House – another part of the Bathurst estate – in the valley below Sapperton. Gimson and Ernest Barnsley were also able to use the main reception rooms of the house as showrooms for their work.

The two men began designing furniture. There are five drawings – all in Gimson’s hand –signed ‘B &G’ and dated 1902 in Cheltenham Art Gallery & Museum. A small oak chest of drawers in oak with chamfered decoration round the carcase and drawer fronts designed by Ernest Barnsley dates from this period as does the store cabinet in the Victoria and Albert Museum, London.

By February 1903 the partnership between the two men had been dissolved. The reasons for the break are not clear but were reputedly a mixture of personal and professional issues. 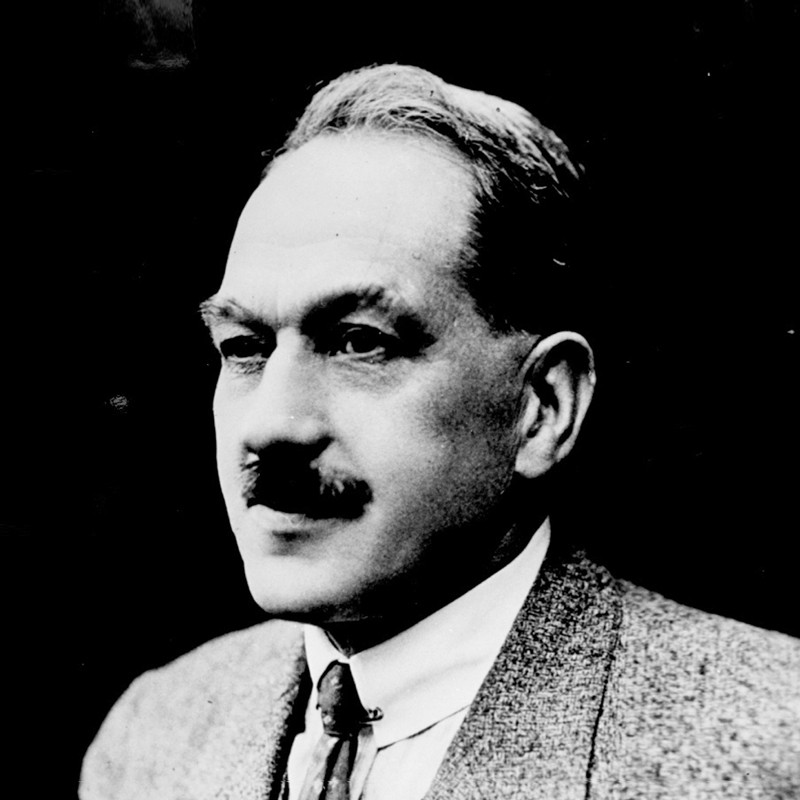 Peter van der Waals – often abbreviated to Peter Waals and known to his craftsmen as ‘Duchy’ – was employed as foreman to run the workshop on a day-to-day basis. He was born in 1870 in The Hague, Holland. His uncle was Johannes Diderik van der Waals, the famous physicist who was awarded the Nobel Prize for physics for his work on thermodynamics in 1910. Waals trained as a cabinet maker in The Hague then spent about three years working in Brussels, Berlin and Vienna. He went to London in 1900 intending to gain another year’s experience before returning to the Netherlands. He was introduced to Gimson in London in 1901 and offered the position of foreman/manager of the new workshop in the Cotswolds. He accepted the offer and spent the rest of his life in the Cotswolds. 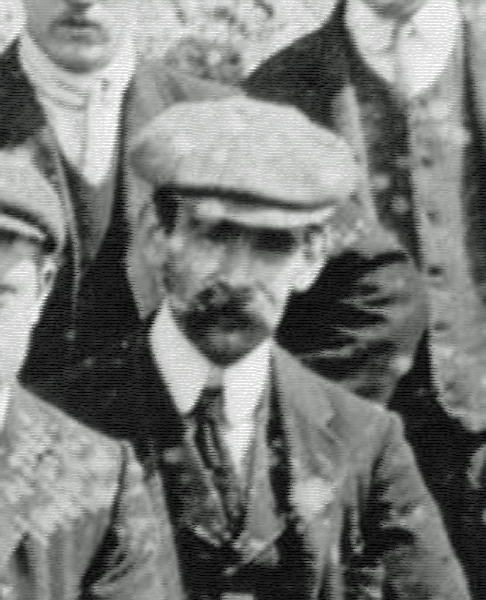 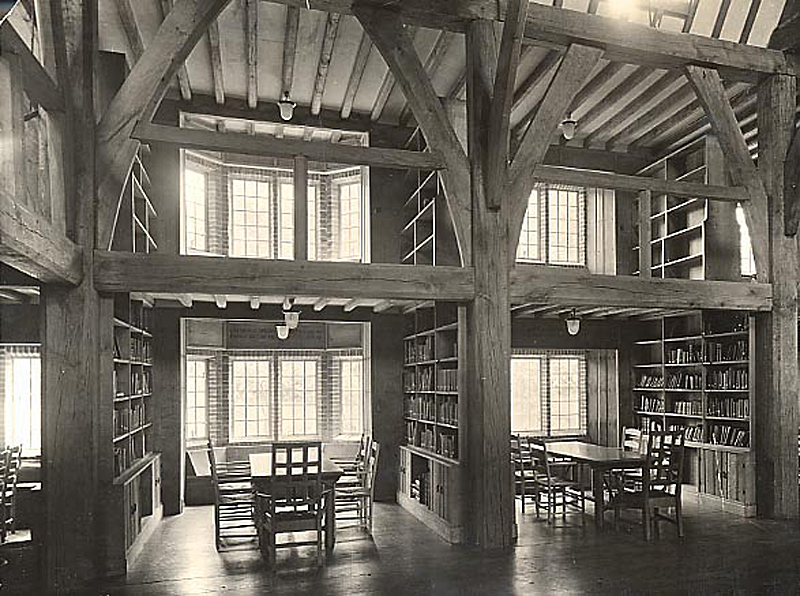 Harry Davoll (1876-1963) was the second craftsman taken on by Gimson in November 1901. He was one of a number of trade cabinet-makers who became part of this new craft community. He had been born in Derbyshire, served his apprenticeship in Hereford before moving to Waring & Gillow in Liverpool. He was temporarily out of work when he heard about openings in a new country workshop. It was Waals who wrote this offer of employment:

Yours of Nov. 10th to hand. Mr. Pugsley has, I suppose, informed you about the conditions. We pay 8d. per hour and offer a permanency to good men. We make high-class furniture only, therefore, we want first-class cabinetmaker.

But Mr. Pugsley has assured me that you are used to that kind of work. You might start as soon as you can.

You better bring some of your tools with you, as Mr. P. had delay with his. Please let me know when I can expect you.’

(Mr Pugsley was the first cabinet-maker employed although he did not stay long.)

The following year Davoll was joined by Percy Burchett (1887-1940) from Bexhill in Sussex. He had served his apprenticeship as a cabinet-maker before coming to the Cotswolds. In 1904 Ernest Smith (1876-1967) joined the Daneway workshops. He was born in Slough, the son of a skilled cabinet-maker who made a piece for Queen Victoria at Windsor Castle. As a young man in the 1890s, Smith followed his father into the London furniture trade making wardrobes on piece rate. He replied to an advertisement for cabinet-makers in the country because it offered him an opportunity to get out of London. The work required was described as good woodwork ‘of a constructional design of which faults cannot be hidden’. The wages were 8d an hour, 1½d less than he was earning in London but he calculated accurately that living would be cheaper in the country. Smith subsequently acknowledged the extent to which his way of working had changed; he was no longer expected to cut corners and to do the work as cheaply as possible. The quality of workmanship was a source of personal satisfaction and pride.

Fred Orton (1882-1974) was born in Burton-on-Trent. His father was a cooper who transferred to Stroud Brewery in Gloucestershire in the 1890s. Orton however wanted to be a cabinet maker. He worked for builders in Stroud and in Langport, Somerset before joining the Daneway Workshops. Gimson rented Hill House Farm in nearby Tunley as accommodation for unmarried craftsmen such as Orton.

Gimson also took on Geoffrey Lupton as a pupil in 1905. Like Gimson his family ran an engineering firm but Lupton gave up his apprenticeship and spent a year in the workshops at Daneway. He went on to work as an architect and builder in Hampshire. In 1911, he funded and built the assembly hall at Bedales, his old school, to Gimson’s design and also built the Memorial Library, again to Gimson’s design, after the First World War.

Gimson’s Relationship with his Craftsmen

Gimson usually knew whether his designs could be translated into reality and, if he had made a mistake, he was happy to be corrected by his craftsmen. Their relationship was coloured by mutual respect and the quality of the workmanship was high. Drawers and doors open and close smoothly and precisely while the fire tools are perfectly balanced. The designer C. R. Ashbee visited Gimson and described being shown round the smithy:

‘In the middle of our talk Gimson suddenly seized the iron fire clippers. “There,” said he “Can any smith of yours make a piece like that? Oh yes, you may well pore over it - it is the most difficult double joint you can forge’

The blacksmith, Alfred Bucknell, remembered that Gimson would discuss design issues with his craftsmen and take advice if he considered it good.

On one occasion at least he used the attitude of his craftsmen to deflect any criticism of his designs. When the architect, Philip Webb, wrote commenting critically on the plain outline of a cabinet, Gimson replied:

‘It is astonishing how my joiners grumble when they are asked to make a projecting top with the mortice and tenon construction or slip dovetail construction (dowels are not allowed). The cabinet we are talking about was originally drawn with four posts tenonned onto a thick projecting top but my good foreman would take no pleasure in it till I had changed it to its present bald outline.’

Harry Davoll who joined Gimson’s workforce in November 1901 appreciated the fact that Gimson always gave credit to his craftsmen. Ernest Smith, another of the cabinet-makers, had begun his working life in London making wardrobes on piece rate. He was used to making furniture for the trade as cheaply and quickly as possible. He subsequently recalled answering Gimson’s advertisement for cabinet-makers in 1902 and the shock of being told to take his time and do things properly. This altered his whole approach to furniture making. 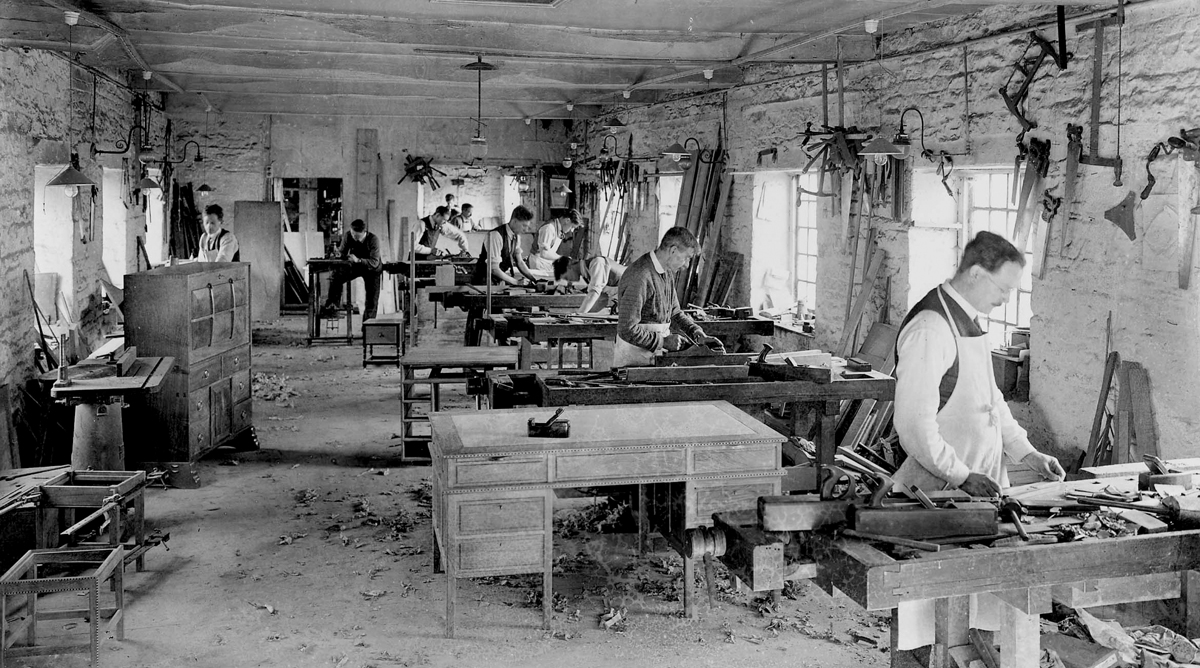 Peter Waals’ workshop at Chalford, about 1926