Although he is remembered primarily as a designer, Ernest Gimson always thought of himself as an architect. He was passionate about architecture and fiercely protective of his integrity within the profession.

William Lethaby subsequently recalled their youthful discussions. He remembered Gimson saying, ‘I am thinking of architecture all the time I am awake’ and together they arrived at a definition of architecture as, ‘building touched with emotion’.

He began his training with the Leicester architect, Isaac Barradale, before moving to London to the office of John D Sedding in 1884. His brother, Sydney Gimson, recalled how, at the end of 1883 or early in 1884, Gimson had:

‘a row with Mr Barradale, who was treating him more as an office boy than as a pupil, and Mr Barradale offered to give him back his articles. Ernest at once agreed and never went back to the office.’

Gimson also fell out with Sedding in 1887. Although the issue was resolved amicably (it seems to have been caused partly by Sedding’s financial difficulties) Gimson left the office in the spring of 1888 and he was unimpressed by Sedding’s restoration work in the last years of the latter’s life.

He received relatively few architectural commissions and this may have spurred him on to enter two architectural competitions in 1911. Towards the end of his life he indicated that the move out of London had been a problem as far as his architectural work was involved. 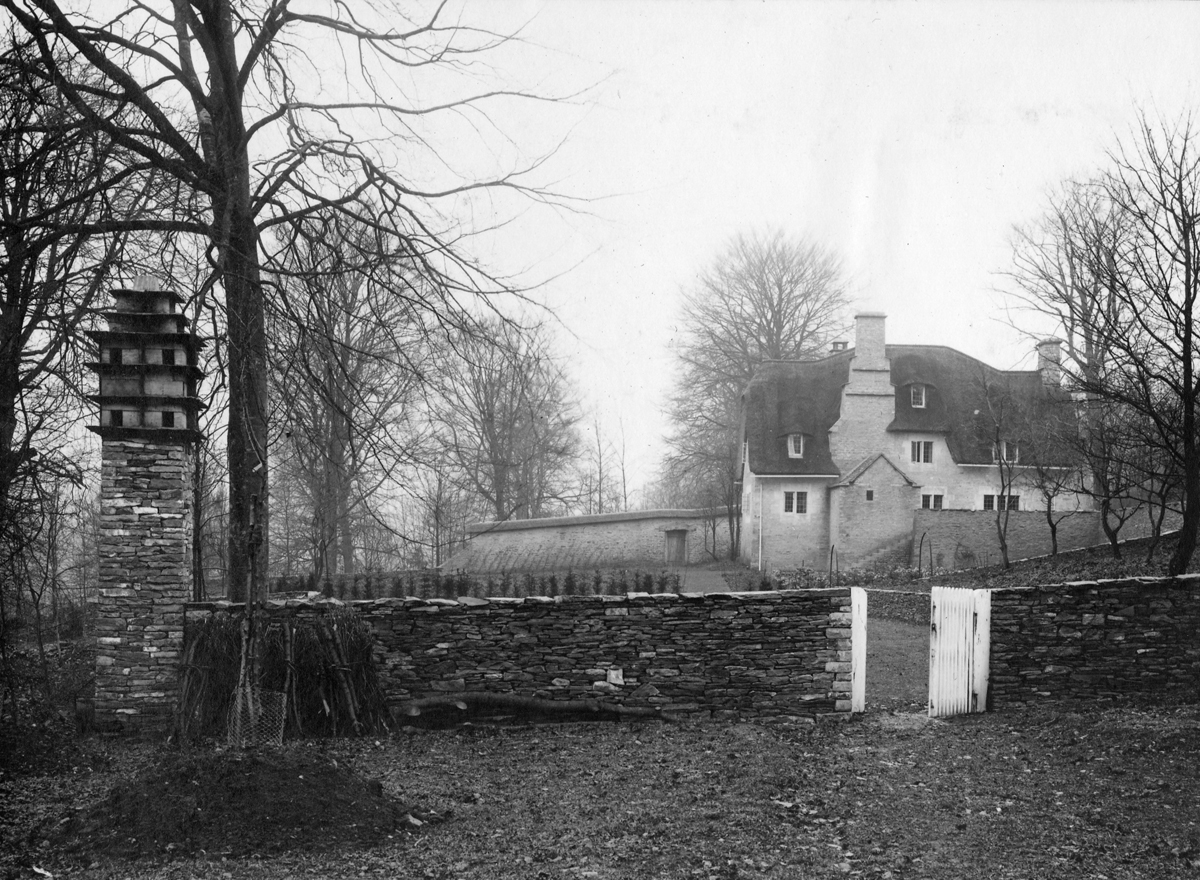 Sapperton cottage with the dovecote to the left

His architectural work was limited to the following buildings:

He also extended a number of houses in Gloucestershire and played a major role in the design of Happisburgh Manor, Norfolk, a butterfly plan house built by Detmar Blow in 1900. From 1917 he worked with Fred Griggs on a number of architectural projects including Stoneyhurst College, Lancashire and a house at Norsebury, near Winchester.

He entered two major architectural competitions in about 1911: for the new head offices for the Port of London Authority and for the new state capital at Canberra, Australia.

Read about and see images of selected architectural work in detail in the sections below.

Two important houses designed by Gimson are in the Stoneygate area of the city. Read their histories and see images of the exteriors and interiors.

Cottages in the Charnwood Forest

Five cottages designed by Gimson were built in the Charnwood Forest area of Leicestershire. Read their histories and see images of the exteriors and interiors.

In 1911 Gimson entered the international competition sponsored by the Australian government for the new capital city at Canberra, Australian Capital Territory (ACT). Very few British architects entered the competition as the conditions for the judging were not approved by the RIBA.