George Bankart trained as an architect but became a specialist in ornamental plaster and lead work.

The two panels on the exterior of Gimson's White House 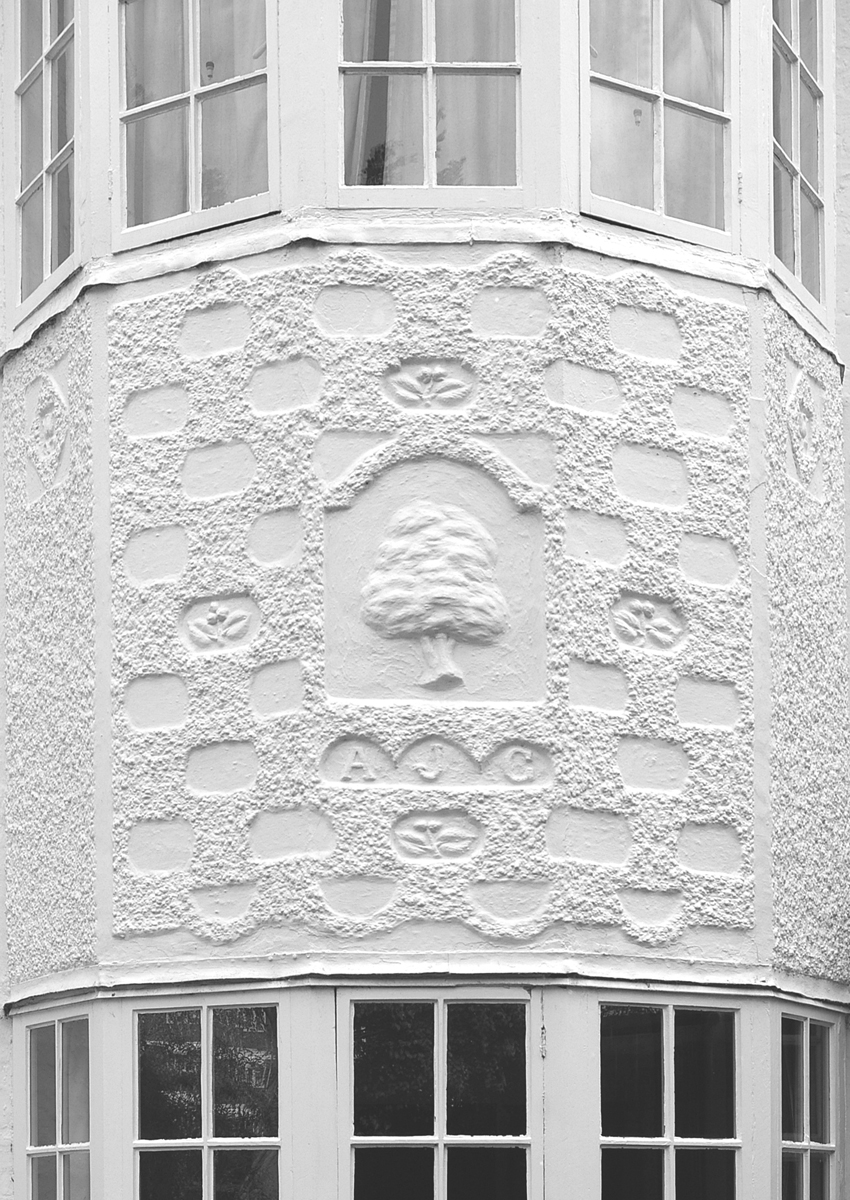 Close up of the plasterwork at the White House

He wrote a number of books on the subject in particular The Art of the Plasterer, published in 1908 and, in 1927, an edited and revised version of W Millar’s Plastering, Plain and Decorative. These are still considered standard works on the craft.

He was born in Leicester, a descendant of a Swiss family which moved to the Netherlands and came to Britain with Willliam of Orange in the seventeenth century. They settled in the Leicester area and worked as woolstaplers and in the hosiery trade. The family prospered; Bankart’s father was a successful insurance broker. He went to Wyggeston Grammar School and Leicester School of Art. In 1883 he was articled to Isaac Barradale and would have worked alongside Gimson. He subsequently moved to London and also spent time in the Cotswolds.

He returned to Leicester in 1897 to take up the post of instructor in architecture and modelling at the School of Art. One of the projects he undertook during this period was the two panels modelled in Keen’s cement to Gimson’s design on the exterior of the White House in Clarendon Road, Leicester.

In 1899 he joined Walter Gilbert’s Bromsgrove Guild in the West Midlands. The Guild joined forces with Henry Ludlow at Stoke Heath to expand the decorative art plasterwork side of the business; an associated lead workshop was also established in property rented from the School of Art. According to the Art Journal in 1907:

‘Mr George Bankart’s lead work, either cast or with part or all the ornament lead-soldered, is one of the most decorative revivals of architectural metalwork.’

The Bromsgrove Guild exhibited its work, including plasterwork by Bankart, in the British pavilion at the Exposition Universelle in Paris in May 1900. Bankart continued to model, design and execute all the plaster and lead work for the Guild including the plaster mouldings on the ceiling of the Great Hall at the Royal Naval College, London between 1903 and ’04.

In 1907 he left the Bromsgrove Guild to set up his own workshop at Gray’s Inn Road, London and continued to design and carry out numerous commissions in Britain and the United States.

Bankart’s wife Evelyn was a skilled needlewoman. She designed and executed embroideries as well as working designs by other designers including Gimson. The 1906 Arts & Crafts Exhibition in London included a tablecloth designed by Benjamin Fletcher and embroidered by Evelyn Bankart.