William Morris was the father figure of the Arts & Crafts Movement and developed its three guiding principles: honest and functional design, the use of natural forms in pattern, and the importance of creative, manual work. 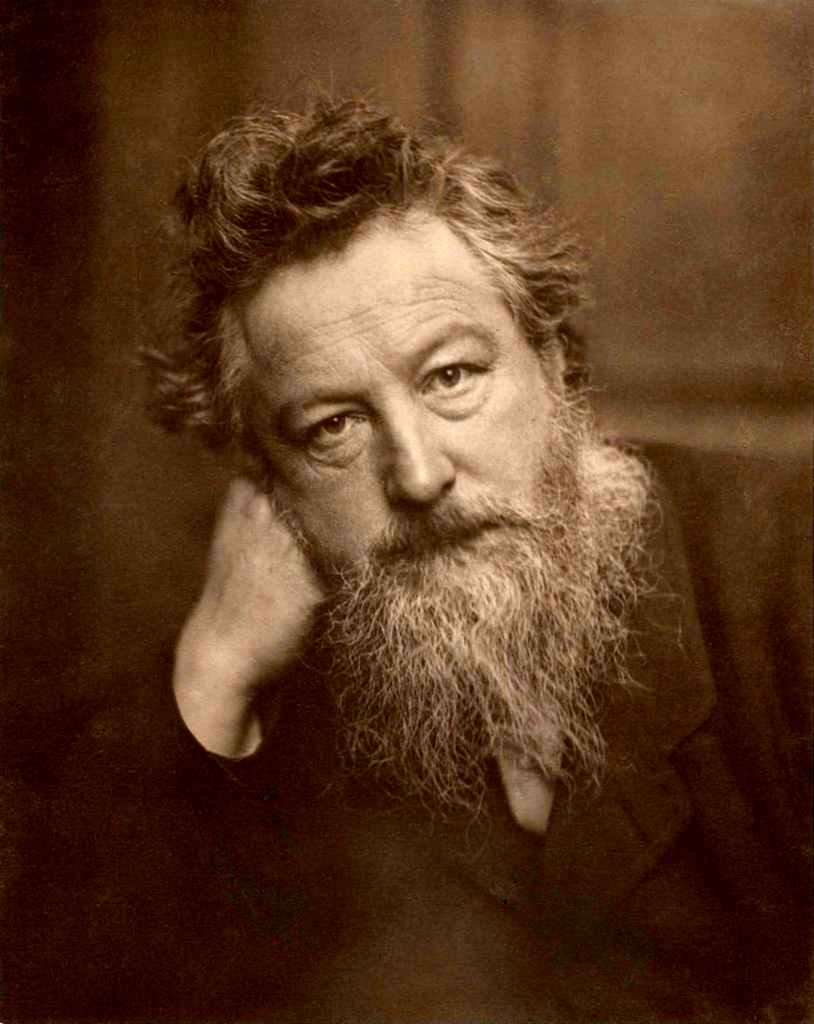 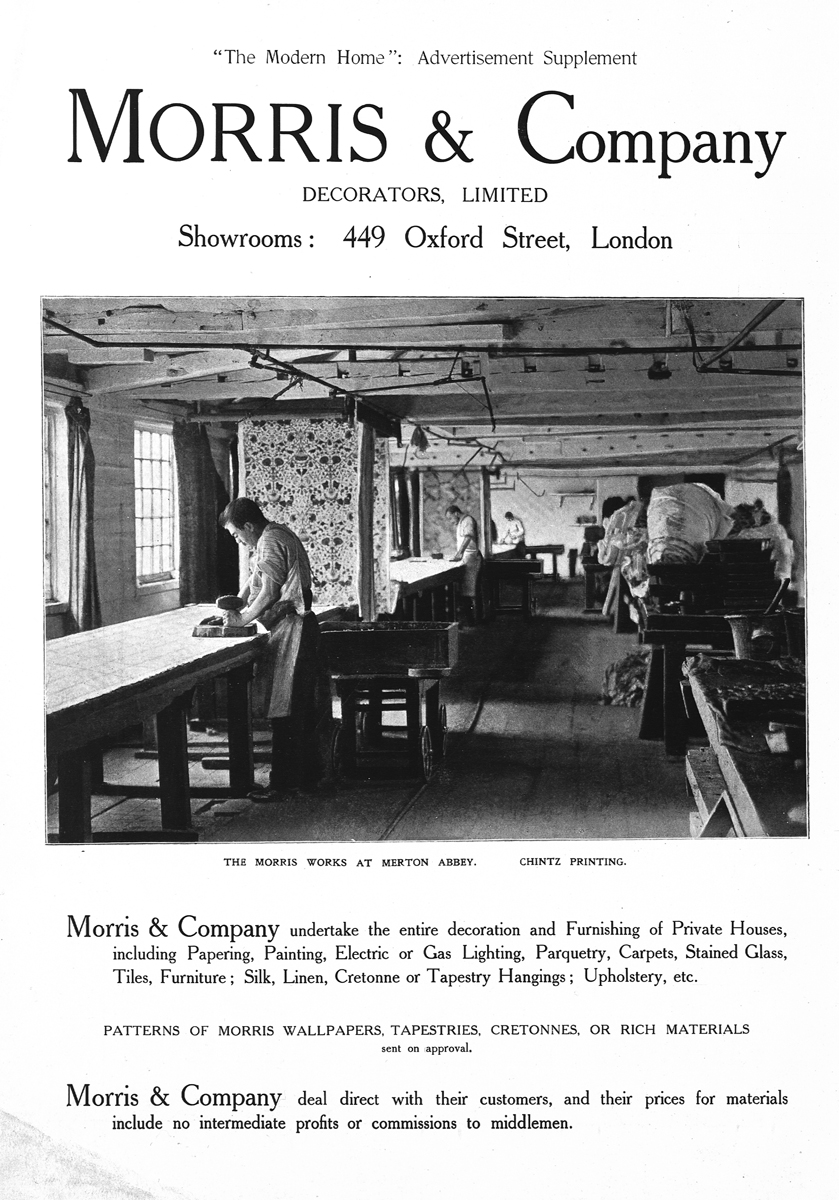 He wrote that a beautiful house was, ‘the most important production of art and the thing most to be longed for’ because he believed passionately that everyday objects deserved the same concern as a painting or sculpture, and that an involvement in creative manual work, whether as a professional or an amateur, as a maker or a consumer, could improve an individual’s quality of life.

Arts & Crafts designers didn’t believe in making a complete break with tradition. They looked to the past for inspiration for the future – to English 17th-century work, to the crafts and designs of the Italian Renaissance, of India and Japan and the Islamic world among others. 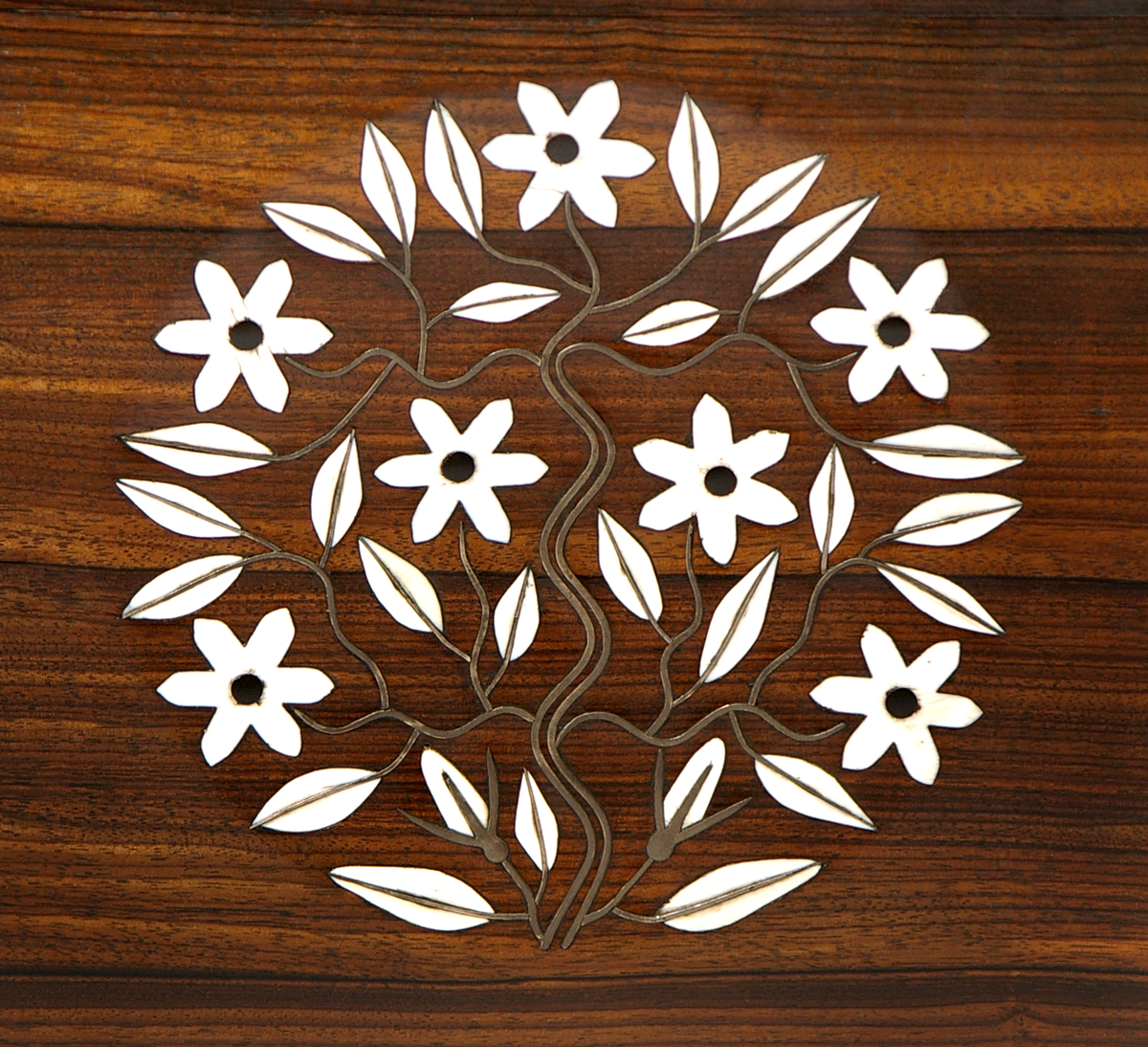 Detail of inlay in silver and ivory by Gimson

The Arts & Crafts Movement encouraged all sorts of people – including aristocratic women and professionals – to take up a craft. Education was an important element of the Movement. Setting up craft workshops and providing training in craft skills were seen as complementary. The emphasis was on learning by doing as practised by Gimson and the Barnsleys. New art schools were opened based on this hands-on Arts & Crafts philosophy, such as the Central School of Arts and Crafts in London.

The wider political and social framework

As well as being involved in design and art, the Arts & Crafts Movement was a social movement attempting to reverse the effects of the Industrial Revolution and the debasement of the role of work in society. Its power and influence came from the conviction that art and craft could change people’s lives.

Early Victorians had believed that economic progress was unstoppable and would create happiness. But by the 1880s this conviction was under threat. Religious certainties were challenged by the writings of Thomas Paine, Robert Owen, and Charles Darwin. In the countryside agricultural production was in decline. And in the cities, industrialisation was leading to deep divisions between classes and the degradation of a large body of the workforce. The term ‘unemployment’ entered the vocabulary and a series of exposés by journalists brought the grim living conditions in London’s East End into the public domain. The demonstration that became known as ‘Bloody Sunday’ in London in 1887 brought the prospect of political revolution a step closer.

Morris and the Arts & Crafts Movement emphasised the importance of pride in the value of work – to the labourer, the producer and even the consumer. It was the theme of Morris’ utopian romance, A Dream of John Ball, published in 1886 and many of his lectures.

The printed word was important to Arts & Crafts designers because they were involved in an ideas movement as well as an art movement. The Kelmscott Press set up by Morris in 1891 was named after his cherished home, Kelmscott Manor, near Lechlade on the southern edge of the Cotswolds. It was the beginning of the private press revival which spread to continental Europe and north America. As well as producing some high quality hand-printed books, it also led to a major reform of lettering, graphic design and printing. The best known end products of this revival are the lettering and underground map for London Transport pioneered by Frank Pick from 1916 and Allen Lane’s Penguin Books first produced in 1935. 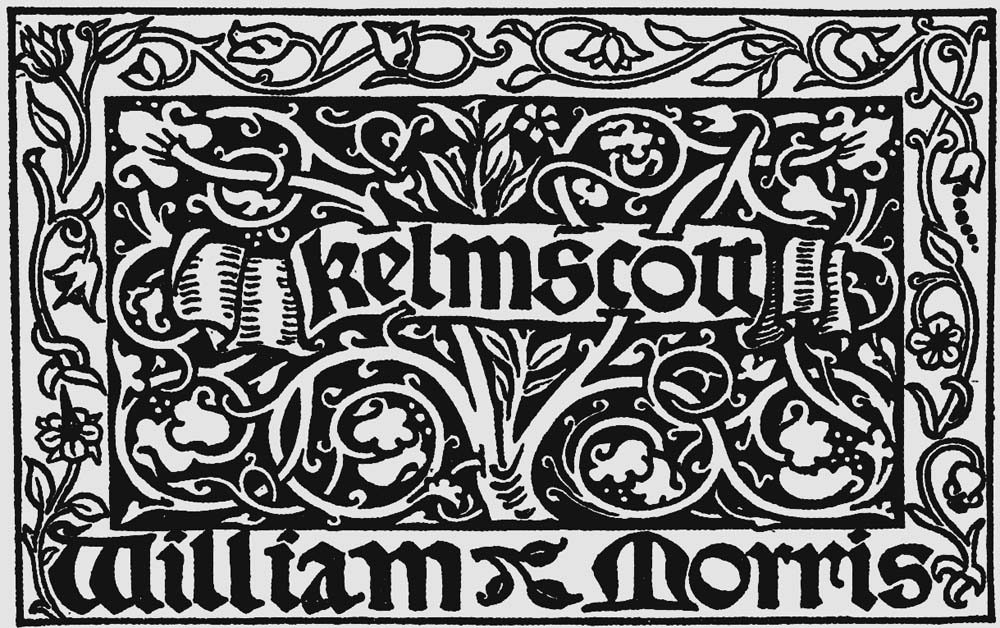 The Arts & Crafts Movement began in London and rapidly spread to other cities. It also had a rural element as many of those involved in the movement came to believe that they could only develop different ways of working in new craft communities in the countryside. Gimson and the Barnsleys were among the first to follow such a course when they moved to the Cotswolds in 1893. They wanted to get to know an area, its building materials and local craft traditions.

The folk song revival developed at the end of the nineteenth century as part of that same search for an English identity. Leading figures such as Cecil Sharp and Arnold Dolmetch were friends of Gimson and other Arts and Crafts designers. Composers such as Ralph Vaughan Williams, Gustav Holst and Percy Grainger were part of the same circle and found inspiration in folk tunes. Vaughan William co-operated with the Rev. Percy Dearmer to create the English Hymnal in 1906 which brought plainsong and tunes based on folk-song into use in churches throughout the English-speaking world.

The Movement was also linked with other developments. Many campaigning organisations which still survive today, such as the Society for the Protection of Ancient Buildings, the National Trust and the Council for the Preservation of Rural England, were set up in conjunction with the movement and motivated by the same philosophy. Early in the 20th century new towns, that combined the conveniences of urban life with the pleasures of living in small communities surrounded by green spaces, were planned by Arts & Crafts architects. Letchworth, laid out in 1903 by the architects, Barry Parker and Raymond Unwin, marked the beginning of the Garden City Movement.

The strong social and moral purpose of the Arts & Crafts Movement has ensured its continuing relevance. Unlike most other art movements it had an impact, not just on artistic circles and the professional and wealthy middle classes but also on ordinary working men and women.