Like other towns and cities, Leicester held its own Art and Crafts exhibitions. The 1904 exhibition held between July and September at the Museum and Art Gallery included work by national figures and local makers. 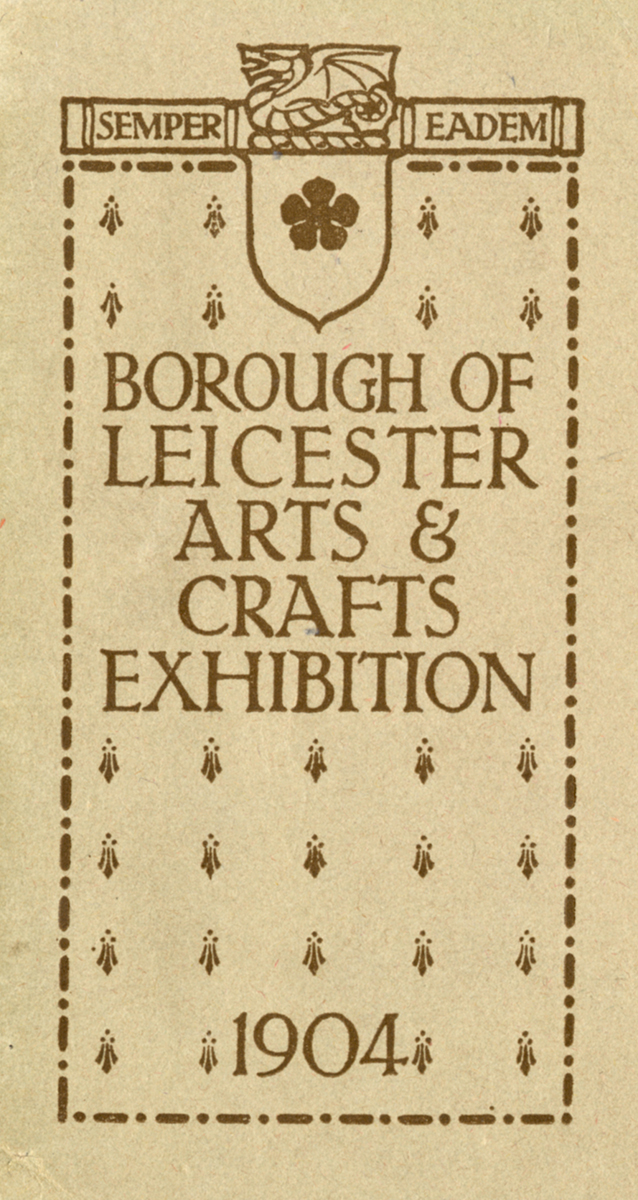 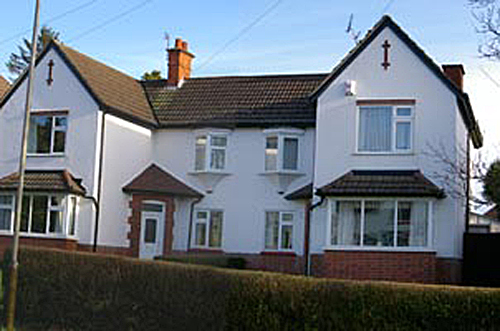 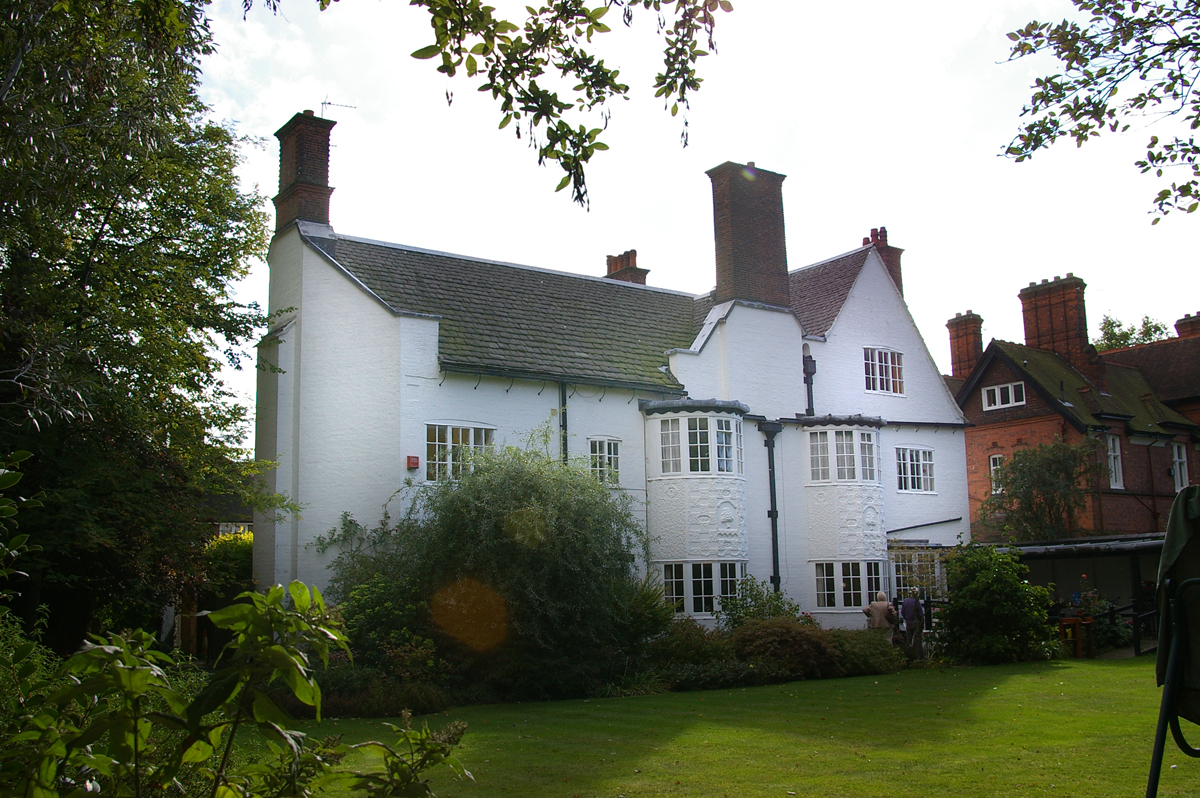 The Whitehouse in Leicester, designed by Gimson 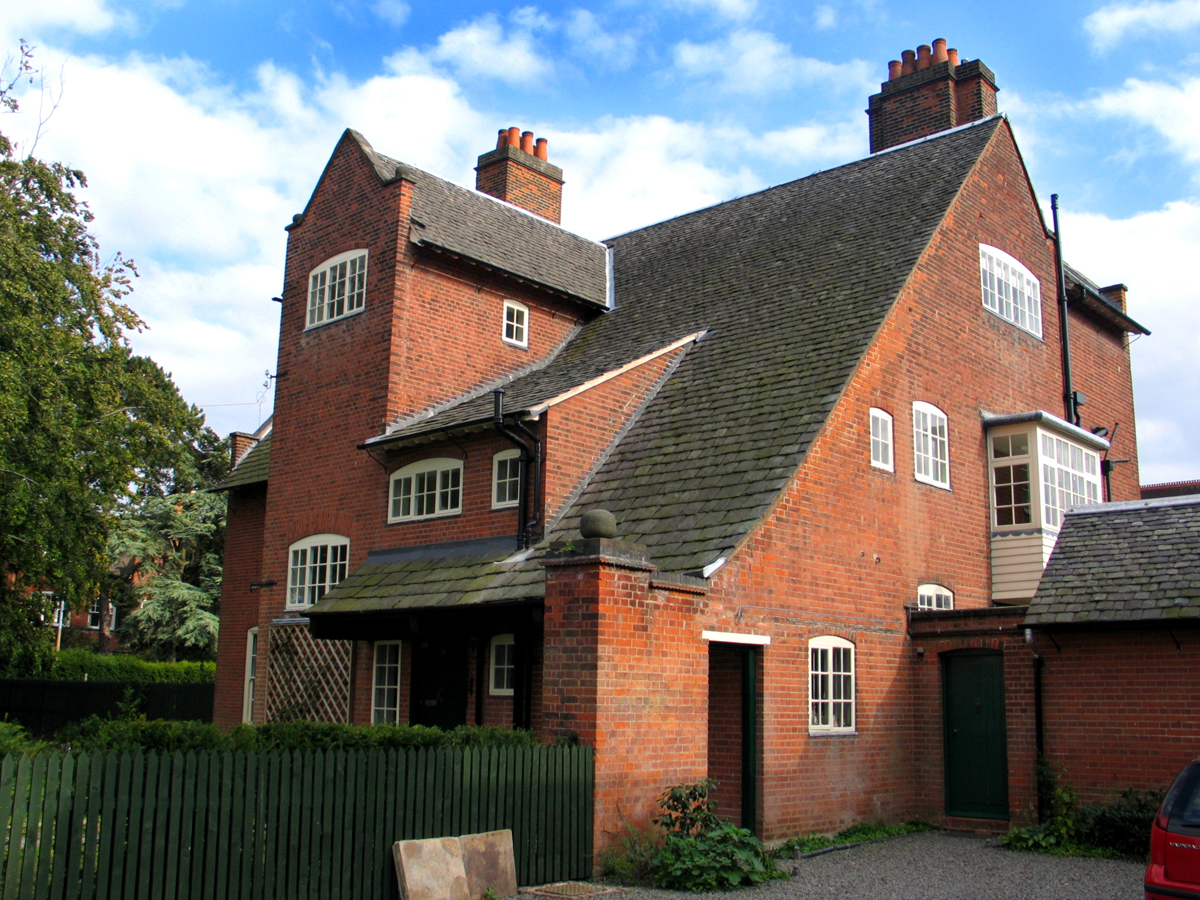 Inglewood in Leicester, designed by Gimson

There was silverwork and jewellery by C R Ashbee; embroideries by May Morris and the Scottish designer, Ann Macbeth; Ruskin Pottery by W Howson Taylor; and by the architect, Halsey Ricardo, his design for the railway terminal station at Calcutta, India. Among the local makers represented were the silversmith, Sidney Reeve and jewellery by Alice Gimson (1882-1950), a distant relation of Ernest Gimson, who worked as a jewellery and metal artist.

Barry Parker and Raymond Unwin, the socialist architects who pioneered the Garden City Movement, designed two estates in and around Leicester. Humberstone Garden City was laid out between 1907-11 for the industrial co-operative, the Anchor Boot and Shoe Productive Society of Leicester. 143 houses in Lilac Avenue, Laburnum Road, Fern Rise, and Chestnut Avenue off Netherhall Road were laid out with seven to eight houses per acre, long gardens, tree-lined avenues and a central recreation ground, a large green and a meeting hall. The houses designed by George Hern had a cottage-like feel and were finished with rough-cast. A second estate was laid out in Rothley in 1909-13.

Through the efforts of Henry Peach and Benjamin Fletcher, Leicester took a lead in environmental and conservation issues in the early 20th century. In 1924 an article in The Spectator included a tribute to the city’s forward thinking inspired by its Arts & Crafts leanings. View the article below, it was by Amabel Williams-Ellis published in The Spectator in 1924.

Zip Zip Zenith! (And Some Observations on the Town of Leicester)

By Amabel Williams-Ellis in The Spectator 20 March 1924

Leicester has a European standard. It is not, for instance, self-satisfied because it has less smoke than Bradford, but uneasily holds meetings because it is smokier than Essen. It strikes the stranger as wonderfully smoke-free. There are good new buildings in it. Its inhabitants are intellectually alert, very serious and possess a really extraordinary thirst for good education and good lettering.

In a very English way Leicester chooses to carry on most of its activities just beside the official channels, and this leads to some of the town’s most curious contradictions. Like other English manufacturing towns it is faced with the usual problems – a fortuitous, unplanned, hugger-mugger collection of mid-Victorian streets. With one hand the citizens of Leicester are today straightening out and improving this city. Fine intelligently-designed shops and factories are being built, the smoke evil has been checked, the city’s historical or beautiful ancient buildings are being acquired for the public, and a real standard of taste is being set up in all sorts of arts and crafts. This is being done generally through unofficial societies and individuals, while on the other hand the Corporation unashamedly builds 1870 tram shelters in spiky cast-iron and dumps the city’s rubbish on a triangle of terrace land which lies between the river, a children’s playground, and the town’s chief historical monument. I was told that only a third of the voters polled at the last municipal elections. What makes this sort of thing particularly odd is that sometimes the Leicester spirit does use the official machinery – for instance, in the matter of lettering. Here the town profited and learnt from Mr Fletcher, the head of the art and technical school, and the result of his teaching is very striking. Leicester has a shoe factory, cane chair works, a wine merchants, and one, if not two, printing works where every bit of lettering is good, while nearly over every shop in the town the name is up in a type that helps to make harmony out of an architectural jumble.