Crampton was a traditional basket maker, working in the Leicester area. 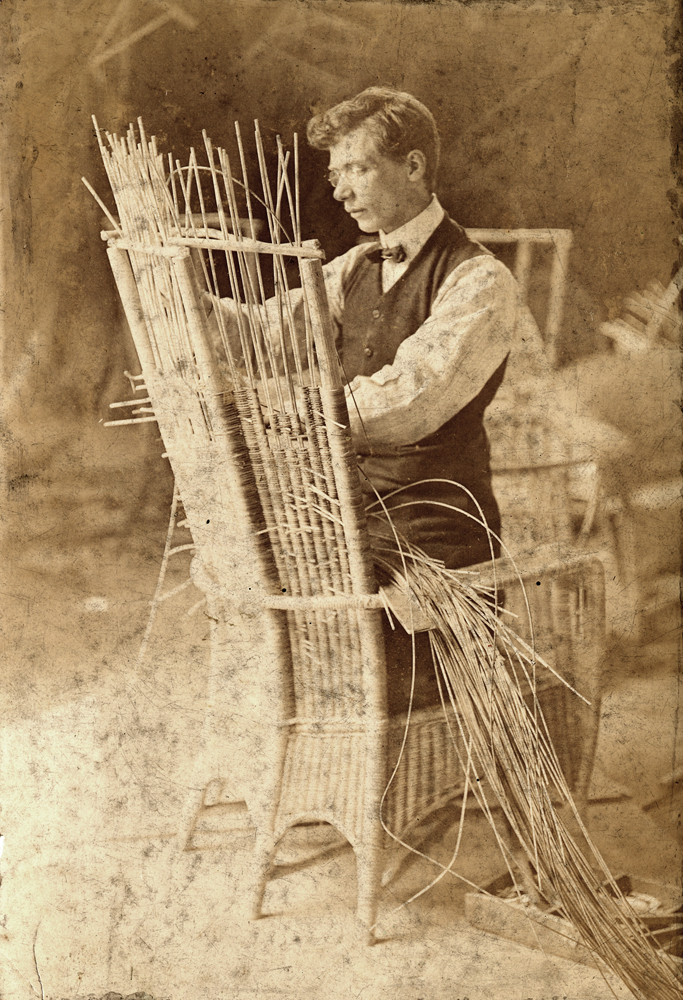 In 1906 he was asked by Benjamin Fletcher, head of Leicester School of Art, to make up some experimental pieces of cane furniture. These were inspired by German and Austrian examples and served to persuade Harry Peach that a cane furniture firm was a commercial proposition. This was the start of Dryad. 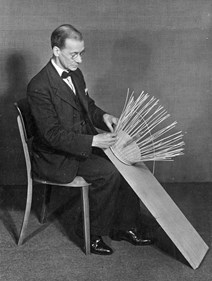 Crampton was one of four men initially employed by Peach to make Dryad cane furniture. He was a born teacher and the Dryad Press published numerous leaflets and books by him on aspects of the craft. In the 1920s and 1930s he ran demonstrations, summer schools and classes in basket making for Dryad.

The image to the right shows Crampton during a weaving display in 1936.

The selection of craft objects you can see here were produced by him as samples.

A Selection of Charles Crampton Objects

The following objects made by Crampton were produced as samples.