The Secular Society in Leicester has close ties to the Gimson Family. 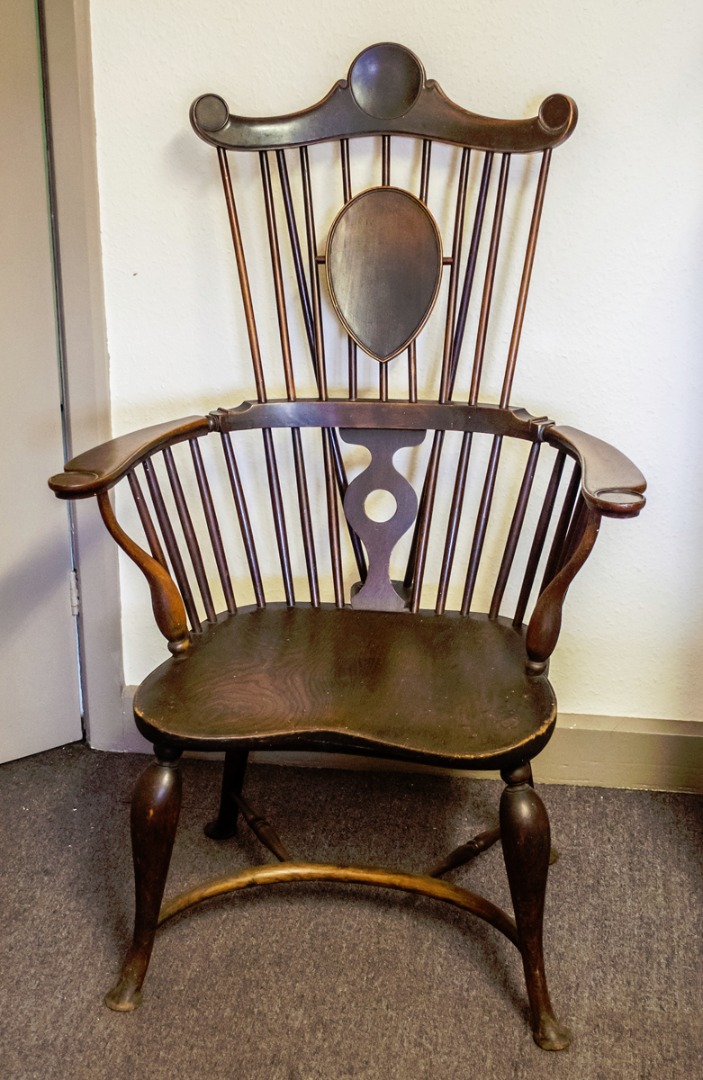 Additional images for this object

Gimson began designing furniture for family members in the 1880s particularly for his brother Sydney who with his new wife Jeannie set up home in Glebe Street, Leicester in 1889.

In a letter to Sydney Gimson (seen here) he described this chair as ‘for one great fat man or two thin ones’ and included a sketch. The design is loosely based on a traditional Windsor armchair but the turned curved detailing especially on the arm supports is very elaborate.

The chair was said to be made in beech with an elm seat and yew tree sticks. It was one of two pieces of furniture by Gimson included in the third Arts and Crafts Exhibition Society show held in London in October and November 1890 (exhibit no. 337). The catalogue describes it simply as a chair designed by Ernest W. Gimson and made by J. Britnell. There is no other information about the maker.

Gimson agreed to keep the chair back for his brother with the intention that it would serve as the President’s chair at the meetings of the Leicester Secular Society. Sydney Gimson had been elected president of the Society in 1888.